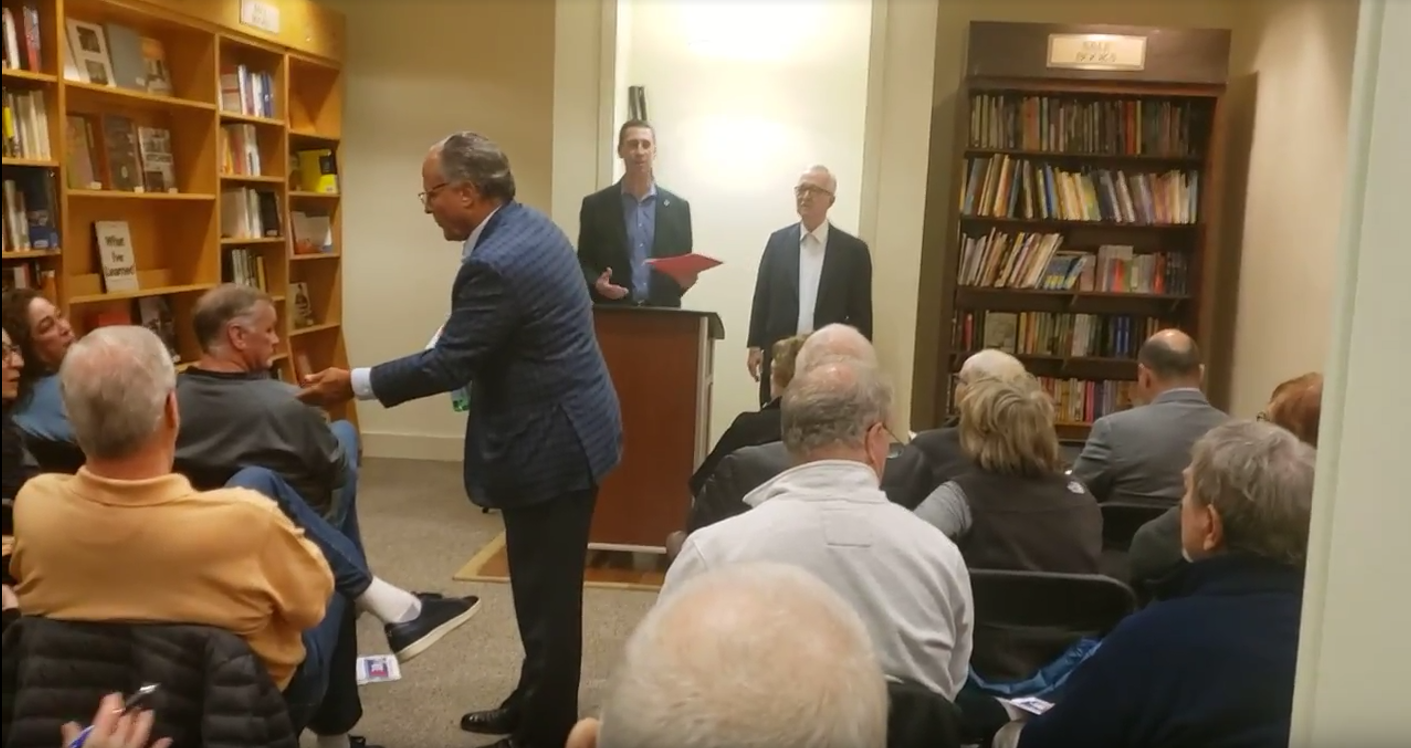 Burr Ridge-Furious at being told to shut up at a meeting opposing his Home Rule tax increase referenda, Mayor Gary Grasso of Burr Ridge attempted to seize control of the meeting.

“He’s already had his taxpayer subsidized meetings praising Home Rule,” said Jim Tobin, President of Taxpayers United of America (TUA). “Then when taxpayers organize a meeting to oppose Home Rule, he wanted control of that one too.”

The meeting was hosted by TUA on Tuesday, March 10 at Barbara’s Bookstore in Burr Ridge with the intent to oppose the unlimited taxing powers of Home Rule. The speakers at the meeting were Jim Tobin, and Burr Ridge Resident and Local Business Owner Zach Mottl.

“The Mayor tried to take over the meeting. He got up and began to speak to the audience while approaching the podium. I told him to sit down and shut up.”

“When he saw he couldn’t seize the podium, he shuffled out of the meeting, head down.”

“His behavior is typical of tax thieves. Just last week, I had a school board member of Glenview SD 34 lash out at us for daring to oppose a $119,000,000 property tax increase on Glenview taxpayers. These people think taxpayers will just sit down and take any tax increase thrown their way, and are shocked when taxpayers stick up for themselves.”

“I urge all Burr Ridge Taxpayers to vote no on Home Rule on March 17.”