Reminder: vote NO by Tomorrow! 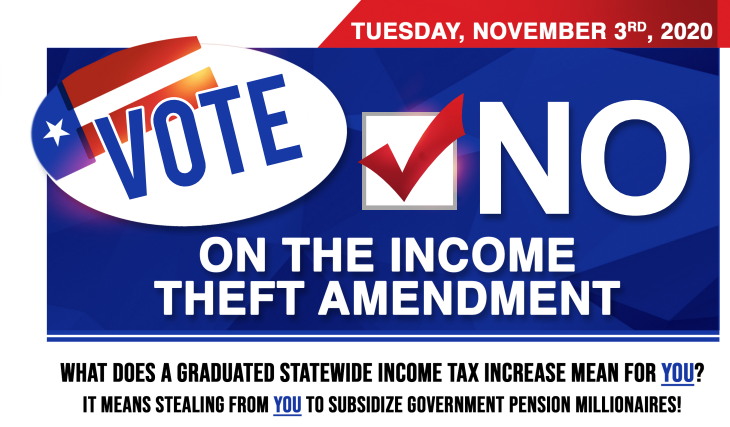 View as PDF
Tomorrow is officially election day, and is the last chance to tell Illinois Governor “J.B.” Pritzker and House speaker Mike Madigan that enough is enough. Polls will be open from 6 a.m. to 7 p.m. tomorrow, Tuesday, November 3rd. If you see a long winded, craftily worded amendment on the Illinois ballot relating to income taxes designed to fool you, VOTE NO. A vote NO is a vote against even higher income taxes to subsidize lavish retired government employee pensions. Additionally, if you are a Crestwood resident and you see a ballot measure asking to vote on Home Rule, also vote NO. Home Rule is Home Ruin, designed to give local bureaucrats UNLIMITED taxing power over you without referendum. Vote NO to retain your right to vote on property tax increases!
Click here to view vote no Income Theft Amendment flier
Click here to view vote no Home Rule Crestwood flier
The fate of Illinois hangs in the balance on election day. Today is the day to save our state! 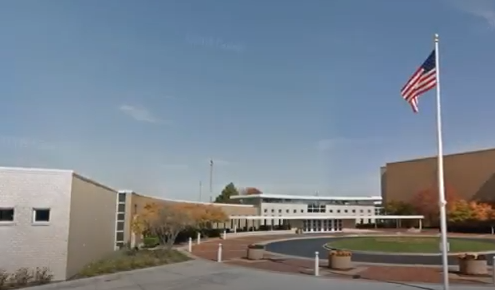 Lincolnshire, IL – Adlai Stevenson HSD 125 is plagued not only with outrageous pension burdens, but also with gross mismanagement and corruption, according to Jim Tobin, economist and president of Taxpayers United of America (TUA).

“Stevenson High School, like other Lake County government institutions, gouges taxpayers for outrageous salaries and pensions while completely mismanaging the government employees and students in their charge.”

“Stevenson High School student dean, Paul Weil resigned amid his alleged inappropriate texting with students. A second dean, Nicolas Valenziano had to resign after a video of his racist attack on a student was reported.”

“Students were caught in a pervasive, organized, cheating effort. But that didn’t compare to the wholly inappropriate sexting scandal. Perhaps worst of all, wealthy parents actually gave up custody of their junior or senior students in order to divert student aid from truly deserving students.”

“These government schoolteachers and administrators are rewarded for their inept governance with lavish, outrageous pensions. The Teachers’ Retirement System (TRS) is one of the most bloated pension systems in the state. No matter how poorly these bureaucrats perform, taxpayers are on the hook to pay them until their death.”

On average, Illinois government teachers are only employed about 27 years before they are eligible to retire and collect full pensions. The average age of an Illinois teacher at retirement is only 59.

“The TRS is only about 50% funded, and this is what the proposed Pritzker income-theft amendment is all about. Pritzker has placed an amendment on the November 3 ballot to change the state flat-rate income tax to a graduated income tax. If passed, this graduated tax will decimate the state’s middle-class.”

“Between the mass exodus of Illinois residents and businesses to more tax-friendly states and the huge loss of jobs and income from Pritzker’s lockdown, Illinois’ middle-class will virtually disappear. Lake County has lost more than 7,600 residents.”

Here are just a couple of the bloated government pensions at Stevenson High School:

“Illinois government employees are employed for only 20.1 years on average in order to collect these lavish, gold-plated pensions. And for every dollar they deposit in their own pension fund, taxpayers are forced to fork over $4.74. Add to that a 3% COLA, compounded for all but IMRF, and it doesn’t take a genius to understand why Illinois’ government pensions are insolvent.”

“Rather than put an income theft amendment on the ballot, Pritzker should have pushed for a pension reform amendment,” said Tobin. 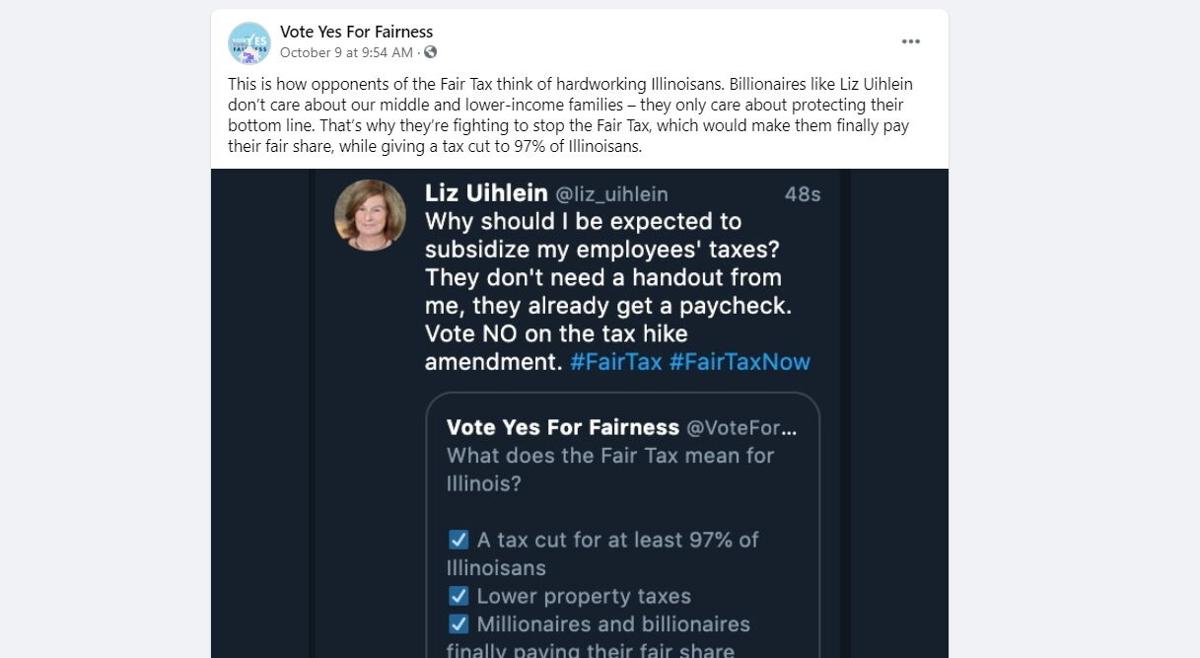 Chicago- According to Greg Bishop of The Center Square, activists backed by Illinois Governor J.B. Pritzker are spreading fake news in an effort to drum up support for their tax increase amendment.

In the article, the Vote Yes For Fairness group shared a screenshot on Facebook Oct. 9 of a tweet from @Liz_Uihlein. The Uihlein family owns Uline, one of the largest companies in Illinois. Vote Yes For Fairness also paid between $10,000 and $15,000 to promote the fake tweet on Facebook, with a potential reach of more than 1 million people, according to publicly available information from the social media giant.

Executive Director of Taxpayers United of America, Matthew Schultz, weighed in on the issue. “This fake news pushed by Pritzker’s minions is a microcosm of their entire referendum push,” said Schultz. “The proponents of this ‘fair tax’ have nothing to stand on. There is no need for an income tax hike, there is only greed. When questioned on their motives, proponents of of tax increase will make up whatever they want in order to win.”

“The truth of the matter is that Illinois is bankrupt because of lavish, overpromised, government employee pensions. The last $5 billion dollar income tax increase all went to fund their Ponzi pension plan, and now these tax thieves are coming back for more. The amendment on the November 3rd ballot is another step on the path to taxing into oblivion the Illinois middle class.

On November 3rd, taxpayers should vote NO on Prtizker’s income theft amendment. No more tax increases, now is the time for reform.