“Tax Freedom Day” Is an Oxymoron

CHICAGO—The just-released report from the non-partisan Tax Foundation, Washington, D.C., revealed that the U.S. as a whole has worked 109 out of 365 days to pay its total tax bill for the year. 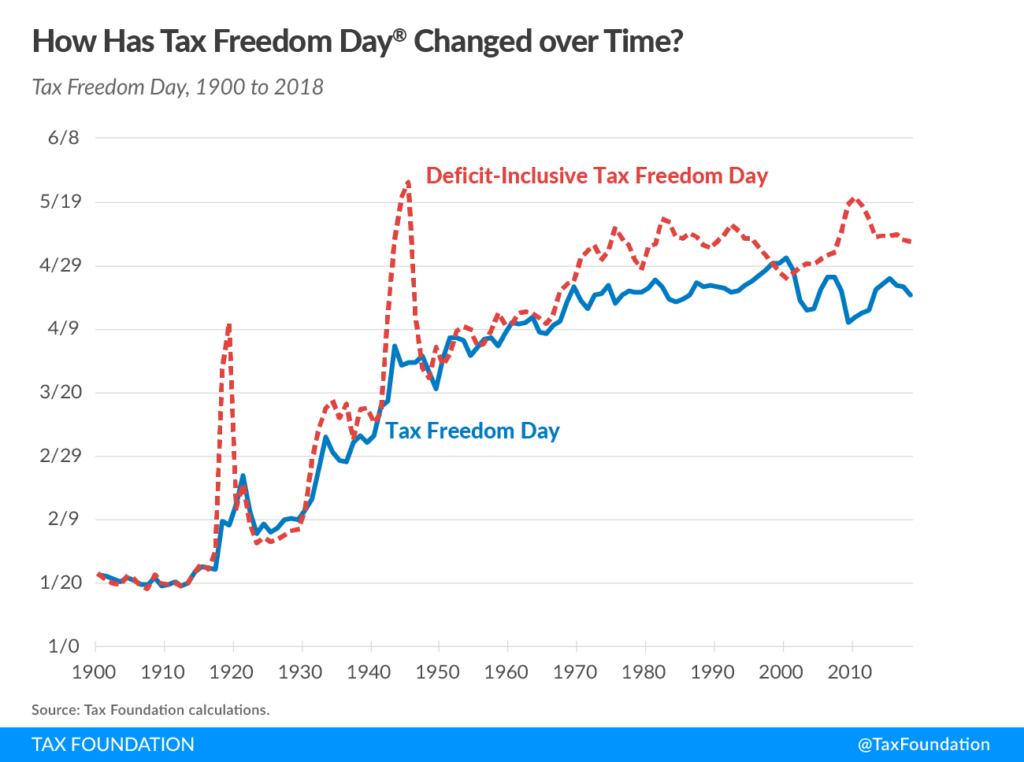 “In a very real sense, everyone is a slave of federal, state and local tax collectors for the first 30 percent of this year,” said Jim Tobin, President of Taxpayers United of America (TUA).
“Finally, on April 19, which the Tax Foundation has christened ‘Tax Freedom Day,’ the country as a whole will have paid off its tax debts, and can start keeping its earnings for its own use.”
Tax Freedom Day is calculated by adding all federal, state, and local taxes and dividing them by the total income earned in the country.
“This year, Tax Freedom Day is three days earlier than last year, thanks to the Tax Cuts and Jobs Act signed into law by the current administration.”
In 2018, Americans will pay $3.39 trillion in federal taxes and $1.80 trillion in state and local taxes, for a total tax bill of $5.19 trillion, 30 percent of national income, according to the Tax Foundation.
“This is still an obscene chunk taken out of workers’ earnings. America will spend more on taxes in 2018 than it will on food, clothing, and housing combined,” added Tobin.
“Despite the federal income tax cuts, government at all levels is still on a spending spree. As the feds cut the taxes and fewer tax dollars make their way to the state and local coffers, state and local governments are raising taxes. The federal tax cuts will soon disappear unless spending, which is funded by borrowing and printing money, is brought under control. The value of the U.S. dollar will continue to decrease as the debt continues to increase.”
“’Tax Freedom Day’ is an oxymoron. Tax Freedom Day isn’t freedom at all; it’s a measure of how truly enslaved we are,” concluded Tobin.