Click here to view this News Release as a PDF.
CHICAGO–The President of a leading national taxpayer organization asked members of Congress to vote “No” on raising the federal debt limit.
“Government growth is out of control, and raising the federal debt limit would only accelerate this destructive trend,” said Jim Tobin, President of Taxpayers United of America (TUA). “It’s time for members of the U.S. Congress to show some backbone and kill any attempt to raise the federal debt limit. So far, both political parties have been throwing around meaningless figures, and any so-called cuts in spending they have described are cynical and misleading fabrications.” 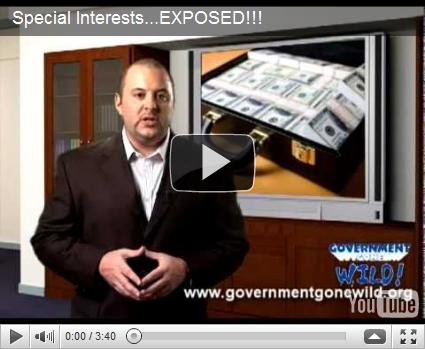 “Here are some real figures Washington politicians can sink their teeth into:*
•              In the last decade, private sector employment grew 1%. Federal government employment grew 15%.
•              When the recession started a couple of years ago, Department of Defense employees making over $100,000 a year numbered 1,868. Now, there are 10,100 making over $100,000 a year.
•              In 2009, the average total compensation (salary and benefits) of a worker in the private sector was $61,000. That same year, a federal employee’s total compensation was $123,000.”
“It’s obvious that government itself has become a special interest, and a very well-paying one at that. And the numbers of government employees keep growing, and so do their votes. There are now 21,300,000 government employees in the U.S., 16% of the voting electorate (this doesn’t include the approximate 3 million employees that make up the U.S. Military).They don’t want to see spending cut, and neither do their spouses and family, so government employee families realistically comprise about 32% of the U.S. voting electorate. They will vote against anyone who recommends that spending be cut.”
“It is time for taxpayers, as well as Congress, to stop voting for special interests and to vote for what is best for the nation as a whole,” Tobin concluded. “This kind of self serving political activity is what has caused the problem and it is time we adopt a more ethical, moral behavior.”
*governmentgonewild.org