Click here to view PDF
Chicago – Taxpayer Education Foundation (TEF) today released its annual analysis of the Illinois Municipal Retirement Fund (IMRF).
“IMRF is touted as the model pension plan. Of course, that judgment is from the same government bureaucrats who continue to raise our taxes by large margins to cover their own 24k gold plated pensions,” stated TEF founder and president, Jim Tobin.
“Illinois property taxes were $933,937,321 in 2016 alone to cover these municipal pensions. That means that for every dollar that the government employees put into their own retirement, taxpayers were forced to pay, through their property taxes, $2.46. And that doesn’t include the Social Security payments we are forced to make for nearly all of the government employees in the IMRF.” 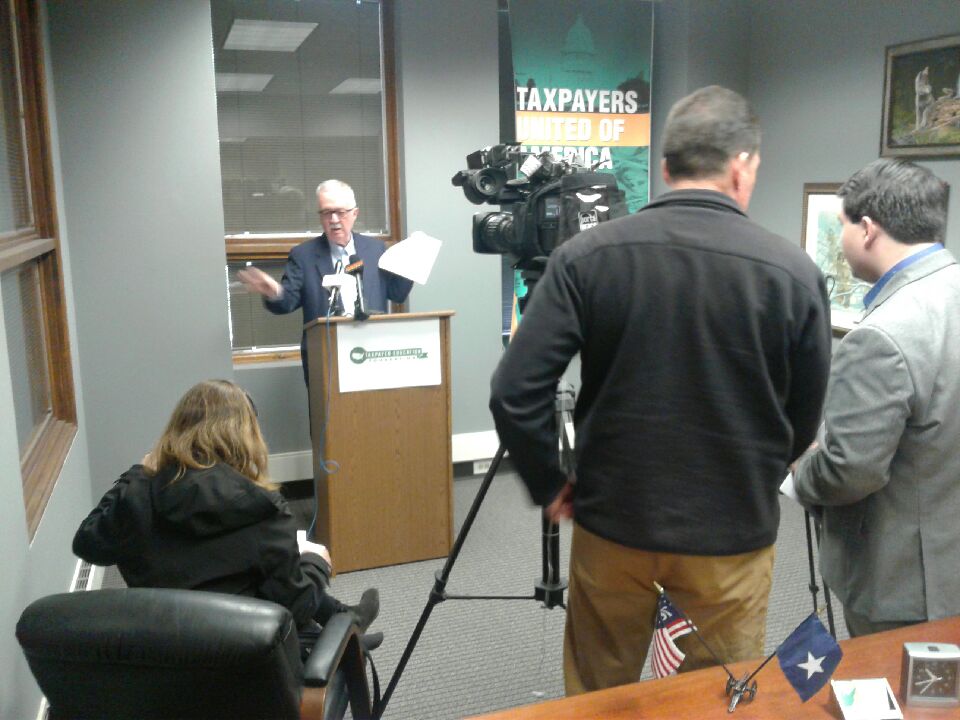 “For many IMRF employees, taxpayers are forced to pay 15% of the employees’ wages for both IMRF and Social Security pensions. Those of us in the private sector fund our Social Security pensions entirely with private money.”
“Illinois is bankrupt and government employee pensions are to blame. The promises made to the government employees are not reasonable now, nor were they when they were made.”
“Bloated pensions were a way to attract people to government jobs in lieu of comparable wages, but now government employees enjoy larger paychecks than their private sector counterparts.”
The Bureau of Labor Statistics reports that all level of government employees made more than private sector employees. The overall average salary of $44,600 per year for private sector employment pales in comparison to government employee salaries, which averaged $51,840. Government employee total compensation far exceeds private sector rates. Benefit pensions are all but eliminated in private, non-union roles.
“It is unconscionable that taxpayers are forced to fund an annual pension of $323,616, but that’s exactly how much Edward A. Anderson gets from his taxpayer funded IMRF pension. Assuming he lives a normal lifetime, that pension will accumulate to $6,515,399. Mr. Anderson only paid about 5% of that payout into his own pension, less than one year’s worth of pension payments.”
“Elizabeth R. Kutska proves that retiring early sure has its benefits – if you’re a government employee. She retired at the age of 55 and her current annual pension is $261,677, and her estimated lifetime payout is $5,841,358. She only paid $160,648 into the IMRF, $100,000 less than this year’s pension payout.”
TEF advocates state government pension reforms that would replace the current defined benefit system with a more sustainable defined contribution system. Additional reforms should include increasing government employee contributions to their own pensions as well as discontinuing the 3% compounded cost of living adjustment.