The great promise of financial security in retirement is being threatened amidst an aging population and Congress tapping into and making use of federal Social Security trust funds for other purposes, according to Taxpayers United of America (TUA). 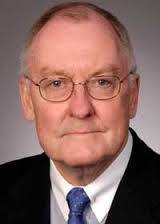 In Illinois, the situation is even more dire because private sector workers and taxpayers must support lavish public sector pension plans, the group says.
A total of 15,661 Illinois state pension plan participants are receiving more than $100,000 a year in retirement payouts, according to TUA’s 10th annual analysis of state public sector pension plans. A total of 92,386 are receiving more than $50,000 a year, analysis shows.
Those figures do not include police and fire department employees, which are funded at the local level.
In a recent press release, the TUA points a finger at former Governor James R. Thompson who raised Illinois personal and corporate income tax rates 20 percent in 1983 and 1989.
The TUA says that as of this year, Thompson is due to receive $147,477 from his state pension plan. A 3 percent cost of living adjustment (COLA) added another $4,424 to that as of July 1.
In stark contrast, those on Social Security will receive a COLA of just 0.2 percent for 2017 – an average annual increase of $24 based on a $1,000 per month payment.
That’s nearly 185 times less than what Thompson receives, TUA director of operations Jared Labell told the Record.
He also said that Thompson isn’t the only state official who helped enact tax policies that ultimately created excessively high-value state pension plans from which he or she benefited.
Labell said that in the near future the TUA will be analyzing the benefits received by other state officers who are responsible for the tax policies that support the benefit plans.
In some instances, he said, state pensioners recoup all the money they plowed into state pension plans during their working years in just one year after retirement.
All this is taking place as the state’s five major public sector pension plans sink under the weight of promised payouts they cannot meet, he said.
The threat of bankruptcy looms as ¨all of them continue to rack up unfunded liabilities,¨ Labell said.
Taxpayers United identifies IMRF (Illinois Municipal Retirement Fund) as the ¨gold standard¨ among Illinois public sector pension plans. Yet, IMRF’s self-disclosed funded to unfunded liability ratio stands at 87.3 percent, which ¨still leaves it billions of dollars in the hole – $4.8 billion,¨ Labell pointed out.
Compounding the problem is that that the returns on investment pension plan managers project are typically around double what they actually turn out to be, he continued. Taxpayers are on the hook and wind up making up any shortfalls.
He said that state revenues are being diverted to meet public sector pension plan payouts. That’s threatening municipalities’ ability to provide basic, essential services in some cases – public lighting, law enforcement and education, LaBell said.
Illinois ¨has the worst funded pension plans in the U.S.,” Labell said. “The number thrown around is that they [the state’s largest pension plans] have at least $111 billion of unfunded liabilities.¨
An estimate by Chicago-based Truth in Accounting pegs the figure at close to $200 billion, he added.
What’s been happening amounts to a systematic redistribution of income and wealth in favor of state elected officials and public sector employees at the expense of all those who work in the private sector, he said.
¨State pension and salary increases are far outpacing those in the private sector…What we see is a widening gap in the distribution of income and wealth. Only a fraction of the workforce are receiving increases while the mass of the workforce is paying for their lavish retirements,¨ Labell commented.
What should, and can, be done?
Labell said that a good first step would be to improve public transparency, public pension accounting rules and standards, and how estimates of future returns on investment are derived and calculated.
¨Most of the time ROIs are placed in the 8 or 9 percent range, but in reality they are closer to 3 or 4 percent,¨ he said.
Furthermore, pubic sector pension funds need to adjust to the realities of today’s aging demographics, and they need to catch up with changes private-sector pension funds made decades ago, he said.
That includes shifting from defined benefit to defined contribution plans, such as corporate 401K plans, LaBell continued.
¨We don’t necessarily fault public sector employees for taking jobs that promise lucrative pensions in retirement,” he said.
“We certainly understand, and can appreciate, that point. But there’s no talk of making changes for new hires, or at least offering the option of 401K plans. And that’s potentially disastrous for taxpayers and future retirees, who may not see pension payouts in future years.¨
This article was also featured by