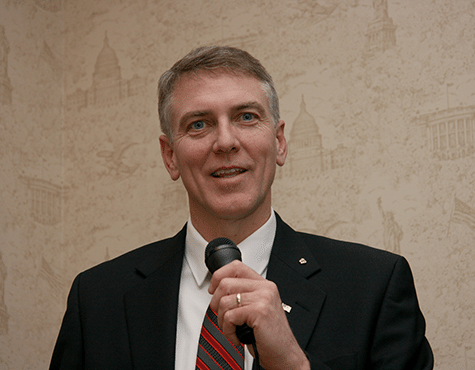 I have a passion and a premise that the people of the State of Illinois should have a Senator who is looking out for them and not powerful corporations or lobbyists with their own profit in mind. I know we share many common concerns that are facing our nation today.  We need to work together to bring the original purpose of our constitution and limited government back to our great nation, and return to our country’s foundations of LIFE and Liberty.  It is the RIGHT time to send a Senator to Washington D.C. whose first interest is the Liberty and Security of the American Citizen Taxpayer!

“Tax Accountability is pleased to endorse James Marter for the United States Senate in the March 15, 2016 Illinois primary. Mr. Marter has pledged to oppose any tax increases Congress proposes and to support economic freedom by working to decrease the overall tax burden of taxpayers. Mr. Marter has expressed an exceptional desire to fight taxes and support economic growth in Illinois and across the country. I urge voters to support Mr. Marter’s candidacy and help send a tax fighter to the United States Senate.”
View Signed Pledge
www.marter4senate.us 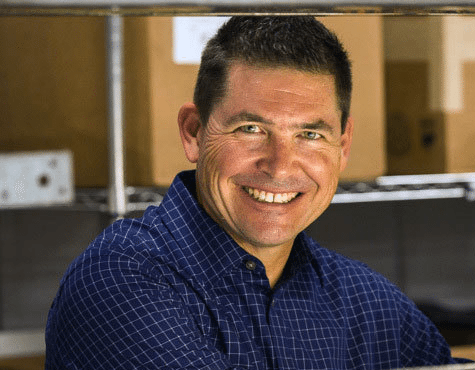 Often quoted as saying, “I was for reform before reform was cool,” Kyle has been reform leader in Illinois for more than 16 years. He has led the charge against out of control property taxes; he has been a tireless supporter of Second Amendment rights; and Kyle has fought for less government and freedom for families.
As an entrepreneur since graduating college from Oral Roberts University in 1984, Kyle is job creator. He owns and operates two manufacturing companies in Illinois and understands the importance of a strong economy and job growth. Kyle believes Illinois families are best served with good jobs generated by a strong economy.
Kyle and Victoria have been married for 31 years and have two sons, Austin and Zach, and two wonderful daughters-in-law, Catherine and Claire.

“Tax Accountability is pleased to endorse State Senator Kyle McCarter for the 15th Congressional District of Illinois in the March 15, 2016 Illinois primary. Kyle has pledged to oppose any tax increases Congress proposes and to support economic freedom by working to decrease the overall tax burden of taxpayers. Kyle’s record in office has proven that he is a true champion of Illinois taxpayers, having recently received the highest pro-taxpayer rating in the thirty-two years we’ve conducted our biennial tax survey of the Illinois General Assembly. I urge voters to support Kyle’s candidacy and help send a tax fighter to the United States House of Representatives.”
View Signed Pledge
www.kylemccarter.com

View as PDF
Chicago—Today, Tax Accountability (TA), the political action arm of Taxpayers United of America (TUA), announced its Illinois candidate endorsements for the November 4, 2014 general election.
“This is an important time to elect lawmakers at all levels of government, who promise to vote against any and all tax increases,” said Jim Tobin, president of TA and TUA.
“I urge voters to support these individuals who have indicated their intent to spend taxpayer money responsibly and have signed our Taxpayer Protection Pledge in which they vow to reduce the total tax burden of Illinois’ tax-abused constituents. TA will not endorse any candidate that does not sign our pledge.”
“Candidates like Julie Fox, who exemplify the principals and standards of TA need to be recognized for their long history of tax fighting activism. Julie will make an excellent Comptroller because she is a CPA who has the experience required to do the job and experience in standing up for taxpayers and fighting to reduce taxes.”
“Please click on the links below to find out more about each one of these candidates. Consider making a donation to the candidates personally and most of all, vote for them on November 4, 2014 to help put Illinois back on track.”
U.S. Senate
· Jim Oberweis
U.S. House of Representatives
· Eric M. Wallace, IL District 2
· Sharon M. Brannigan, IL District 3
Illinois State
· Julie Fox, Comptroller
· Ben Koyl, Attorney General
· Matthew Skopek, Treasurer of State
Illinois State House
· Denis Detzel, District 14
· Kathy Myalls, District 17
· Bill Grossi, District 57
· Mark Neerhof, District 58
· Steve Reick, District 63
· Joe Sosnowski, District 69
· Jerry Long, District 76
· Glenn Nixon, District 79
· Diane Harris, District 86
· Brian Stewart, District 89
· Yvonne Bolton, District 98
Illinois State Senate
· Stefanie Linares, District 6
· Kyle McMarter, District 54