TUA In The News: Trump and Taxes Click here to to view the full news article.

Recently Jim Tobin, President of Taxpayers United of America was interviewed regarding President Donald Trump and his tax policies. This is what Mr. Tobin had to say on the recent tax cuts and the new tariffs:

“Businesses will be able to hire more employees, and use some of the tax relief to invest in capital stock,” Tobin said. “That’s a source of economic growth that benefits everyone.”

The economic stimulus the tax cuts provide is being watered down as a result of Trump’s actions regarding international trade, more specifically the imposition of import duties and tariffs, according to Tobin.

“Unfortunately, Trump’s support of import tariffs decreases the positive effects of the federal income tax cuts – by one-third, according to a Tax Foundation report released this week,” Tobin said.

Import duties and tariffs raise the costs of imported goods and raise consumer prices, he explained.

“It has been good for the country – the stock market is booming, businesses are expanding and unemployment is down to record lows,” he said. “In fact, we need more workers to fill all the open positions available.” 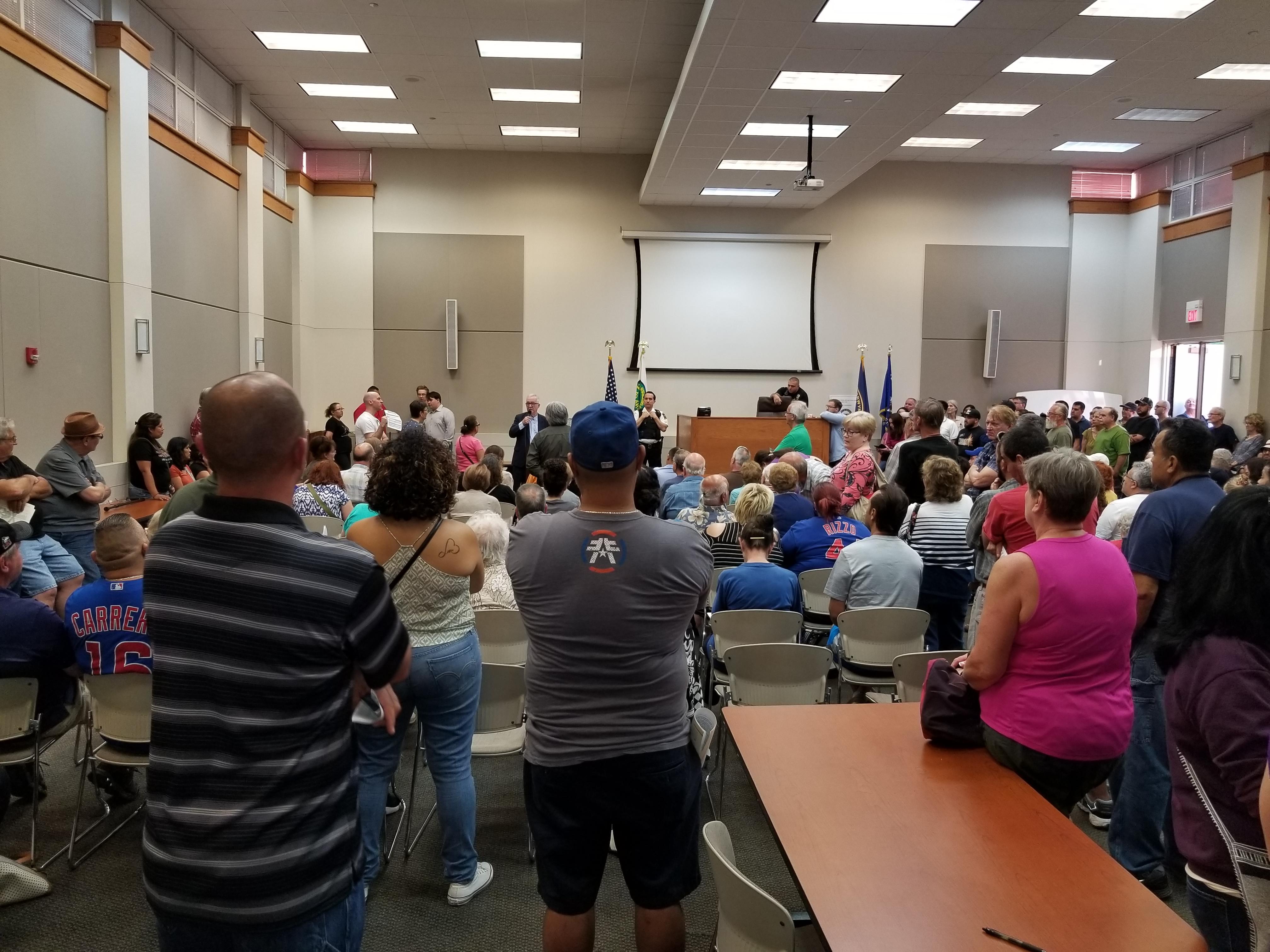 A July 23 protest was the result of rising property taxes placed on Berwyn School District taxpayers after a referendum passed last year that had an estimated increase of $300 for the community’s average homeowner. That number has more than doubled, and some local taxpayers have seen property tax increases of over $10,000. Many of those that went to the meeting also went to the school board meeting that Wednesday to demand their money back.

From the Tax Foundation: Automobile Tariffs Would Offset Half the TCJA Gains for Low-income Households

A warning to taxpayers from the Tax Foundation. Tariffs are just another unjust tax on taxpayers.
By:  Erica York
Source: Tax Foundation
The Trump administration is reportedly considering new tariffs of as much as 25 percent on automobile imports, potentially including cars, trucks, and automotive parts. On May 23, U.S. Secretary of Commerce Wilbur Ross began a national security investigation under Section 232 of U.S. trade law into the import of automobiles and automotive tariffs. We estimate that increasing tariffs on automobile imports would reduce the gain in after-tax income for households in 2018 derived from the Tax Cuts and Jobs Act while making the tax code less progressive.
In 2017, the United States imported nearly $293 billion worth of vehicles for consumption, while paying about $3.4 billion in duties on those imports. If we assume that import levels will remain the same and that the proposed tariff would apply to all goods in the Harmonized Tariff Schedule under the vehicle chapter (Chapter 87), in addition to the tariffs that are already levied, the new tariff would amount to a $73 billion tax increase. It is likely that some vehicles or parts in Chapter 87 could be excluded from the tariff, while parts that may be listed in other chapters could be included, so the exact amount of the tax increase could be different.
Using the assumptions mentioned above, we estimate that the new tariffs on automobiles would reduce after-tax incomes for all taxpayers by 0.47 percent in 2018 while making the distribution of the tax burden less progressive. These tariffs would fall harder on those taxpayers in the bottom 80 percent, reducing their after-tax income by 0.49 percent, and by 0.45 percent for the top 20 percent. The top 1 percent of taxpayers would see the smallest reduction in after-tax income, at 0.39 percent.

The Tax Foundation models the impact of tariffs with the Taxes and Growth model. In the Tax Foundation’s model, tariffs are treated as a targeted excise tax on the tradeable sector, which ultimately fall on U.S. labor or capital and result in lower output. To model the distributional impact, we pass the tax backwards as reductions in factor income, which reduces the returns to both labor and capital income. In modeling tariffs, we do not account for the potential reaction of foreign countries, nor the additional losses in welfare from having taxes with uneven impacts across sectors. To calculate the amount of the tax increase, we applied a 25 percent tariff rate to all goods covered by Chapter 87 of the Harmonized Tariff Schedule using 2017 import levels.