Rockford taxpayers on Tuesday, March 20 will go to the polls to decide whether to adopt Home Rule for the City of Rockford. Concerned with rampant misinformation concerning the Home Rule referendum,  Director of Outreach Val Zimnicki for Taxpayers United of America (TUA) held a press conference providing facts on what Home Rule means for Rockford.  In his address Mr. Zimnicki spelled out the dangers of Home Rule, and treacherous nature of self serving bureaucrats.
Click here for TUA’s latest Rockford Home Rule flyer.

George Bowers, an East Dundee local is taking a stand against Home Rule, the most insidious form of government in the USA.  On the March 20 Ballot, taxpayers will have an opportunity to vote for a referendum to repeal Home Rule. Under Home Rule, the East Dundee government has issued $33,000,000 in bonds without referendum. With a population of 3,182 the local municipality has burdened its citizens with $10,370 of debt per person.  Rightly frustrated, Mr. Bowers has made home made signs opposing Home Rule in East Dundee.  Meanwhile,  taxpayers led by Julie Fox  and State Representative Allen Skillicorn are distributing  anti-Home Rule flyers to homeowners and business in East Dundee.
Click here for TUA’s latest anti-Home Rule Flyer. 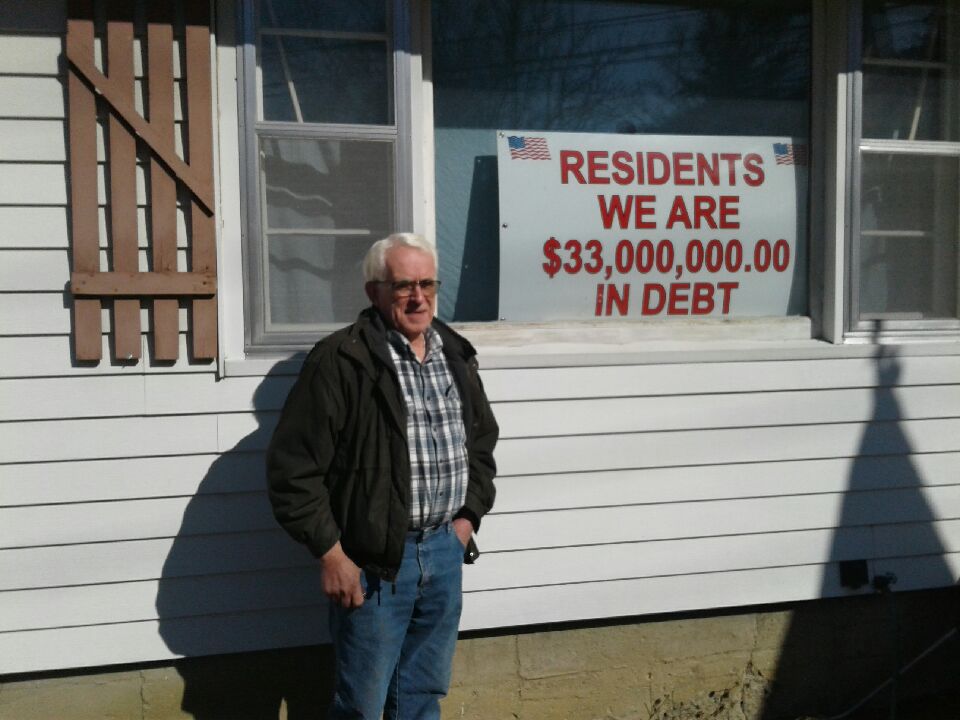 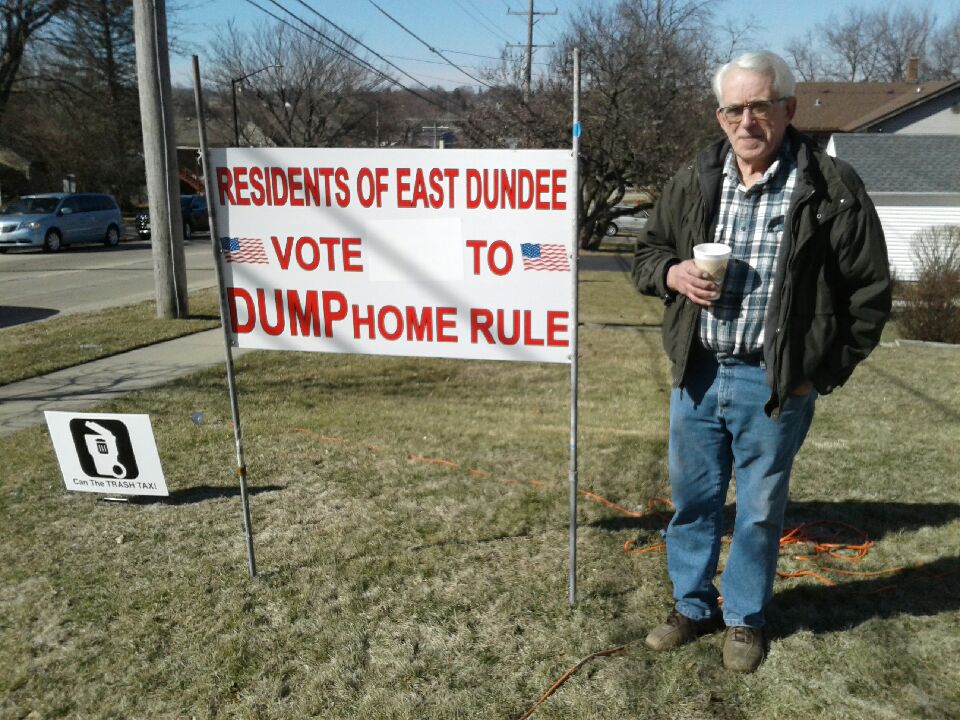 View as PDF
CHICAGO—The salaries and benefits of government officials in East Dundee, IL prove the need to repeal its unlimited Home Rule taxing powers, according to Jim Tobin, President of Taxpayers United of America (TUA).
“Being a government bureaucrat even in a small village with a population of 3,182 can be an enriching experience,” said Tobin. “And I do mean enriching in a financial sense.”
“This March, E. Dundee voters will have the opportunity to repeal the village’s unlimited Home Rule taxing powers.”
“Home Rule is the most insidious form of local government in the U.S.,” said Tobin. “It eliminates the protection of property tax caps and allows local governments to raise taxes without limit, and to create new taxes with which to bludgeon taxpayers.”
“Home Rule taxes in this tiny village have enabled its Village Administrator to pull in an annual salary of $145,000. After various benefits have been added, her total compensation is a staggering $186,038.”
“In contrast, the per capita income for the village is $31,695.”
“The Village Administrator has an assistant, who pulls in a salary of $85,000 and, after benefits are added, gets a total compensation of $120,331.”
“Keeping crime under control in this tiny village must be arduous, because the
Chief of Police gets a salary of $118,794, which is $149,601 after benefits are added.”
“These fat salaries and benefits are possible only because E. Dundee has unlimited Home Rule taxing powers. Village bureaucrats literally can raise taxes as much as they want and also can create new taxes. In the meantime, the average resident has to struggle to get by with $31,695.”
“It’s time for E. Dundee voters to bring their taxes under control by repealing Home Rule this March.”
Click here for TUA’s latest anti-Home Rule Flyer.