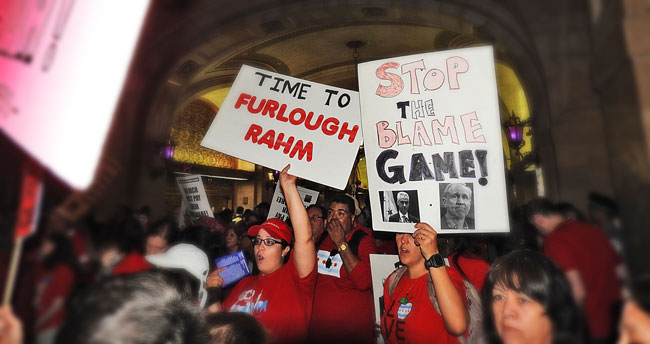 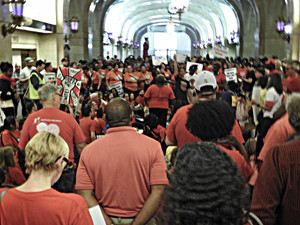 An overwhelming majority of CTU members in attendance told Taxpayers United of America’s (TUA) executive director, Jared Labell, that they are disgusted with political leaders from both parties. However, many were skeptical of decentralizing power within CPS and nearly all were opposed to any reform of the pension system, one of the driving factors of the current financial crisis.
Not much has changed since CTU members last took to the streets on April Fools’ Day. 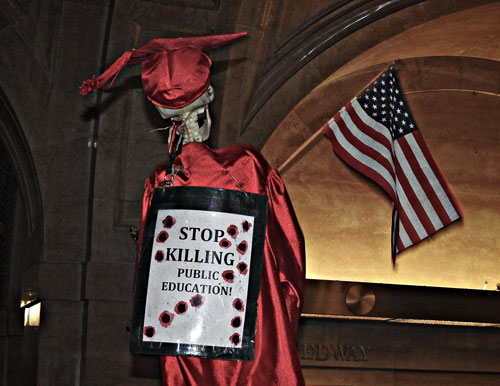 Attendees agreed almost universally that the only solution to CTU’s grievances with CPS funding and administrators is for the Chicago City Council to adopt numerous new taxes and tax increases, a proposal TUA completely opposes.
But CTU members weren’t the only people at City Hall with an axe to grind. 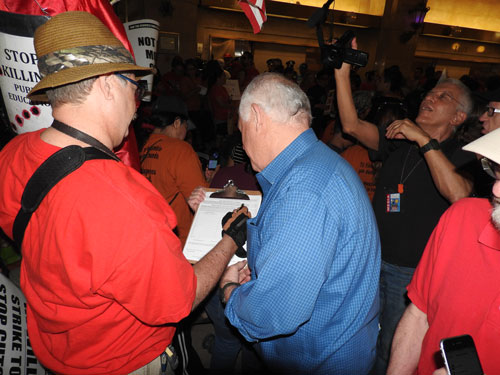 Also marching in solidarity with their CTU comrades in a sea of Soviet Red union shirts were members of the Revolutionary Communist Party, USA, whose adherents passed out leaflets calling for organizing a revolution to “overthrow this system” and establish a “New Socialist Republic in North America.” 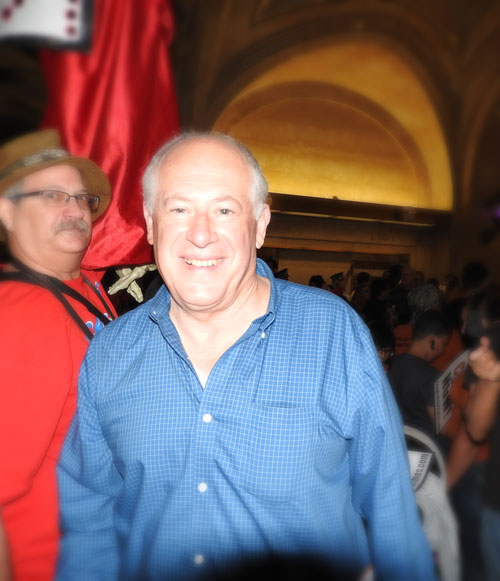 Not far from the center of the action inside City Hall was former governor and longtime political hack, Pat Quinn (D). CTU members were perplexed as to why he was there and what he was doing, and numerous attendees said that they were worried that Quinn was attempting to hijack the protest for his own political purposes. It turns out, of course, that Quinn was indeed in attendance for his own interests, which were to circulate a petition for Chicago mayor term limits and not-so-subtly target Mayor Emanuel.
Considering the pitiful return on investment for taxpayers, Cook County’s population decline, CPS’ decades-long credit ratings plunge and its unsustainable combination of lucrative salaries, benefits, pensions, and operating expenses, CPS cannot continue as currently structured. CTU members must recognize that fact. Handing more tax dollars over to the government without reform is madness. Students are not benefiting from a system that is this politicized and mismanaged.
The cost to society can be measured by the substandard performance of students, the financial burden placed on the taxpayers of Chicago, and the loss of future opportunities for the city with every day that passes without reform.