View as PDF Chicago – Government bureaucrats in Broadview, Shorewood, Shiloh, and New Baden have placed referenda on the April 7, 2015 ballot for voters to approve Home Rule status for these villages. According to Taxpayers United of America (TUA), Home Rule means higher taxes.
“I like to call it ‘Home Ruin,’” said Jim Tobin, president of TUA. “Why would anyone want to give up their right to vote on property tax increases?”
“Home Rule always means higher taxes because it removes the cap limiting the amount that bureaucrats can increase property taxes. It gives bureaucrats a blank check and how many government bureaucrats would you trust with a blank check bearing your signature?”
“Home Rule also gives local government authority to tax nearly any product or service they want. What they don’t tell you is that such taxation drives consumers to neighboring communities where the taxes on products and services are lower.”
“And if high taxation isn’t enough, Home Rule is used extensively to add regulations, fees, and licensing that create even more red tape for business and entrepreneurs.”
“We are helping taxpayers in each of these communities by revealing the truth about home rule and how damaging it is. We are working with local activists and organizations to educate voters on Home Rule.”
“Bureaucrats in Westmont CUSD201 are asking taxpayers, for the third time, to give up more of their hard earned money ‘for the safety of the children.’ They are asking for a property tax increase of $19.7 million in bonds….again, which does not include paying the interest on the bonds. Hopefully taxpayers can educate the educators April 7 so they will understand the meaning of ‘NO’ this time around.”
“And of course, we urge taxpayers in Wilmette Park District to reject $14.5 million in bonds by voting no on two property tax increase referenda for wasteful spending on structures that will destroy the natural beauty of the waterfront parks. They hope to sell this by saying it doesn’t increase property taxes. While it may not be a new tax increase, it is an increase anytime you renew the debt, pay interest on the bonds, and keep property taxes from returning to their previous, lower level.”
You can download PDFs of our ‘Vote No’ flyers for printing and distribution below.

“Government needs to live within its means and cut spending when revenue declines. 80% of Home Rule and other local taxes go to pay government employees and their benefits. By adding new taxes, government bureaucrats ensure their own high pay and lavish pensions.”
“Illinois currently has 11,054 annual state pensions totaling more than $100,000 each and 78,526 government pensions of more than $50,000 apiece annually. It is mathematically impossible to raise enough taxes to sustain the defunct state pension system and yet every unit of government continues to try.”
“Illinois has one of the highest foreclosure rates in the country and you have to wonder how many people could have stayed in their homes if the property taxes weren’t so high – the second highest property taxes in the country.”
“TUA has defeated 411 local tax increase referenda since 1977. We urge voters in these six communities to tell bureaucrats that they have had enough of government living beyond its means at the expense of taxpayers and to Vote No.”
Polls are open from 6 a.m. to 7 p.m. on Tuesday, April 7.

View as PDF
Chicago – For nearly a decade, Taxpayers United of America (TUA) has played a critical role in publicizing the government pension crisis that has developed around the country and particularly in Illinois, where TUA was founded and currently based. With the shifting political climate in the state and the election of Republican Gov. Bruce Rauner last November, who has stirred up the political class by taking a hardline approach to solving the government pension debacle without raising taxes, taxpayers are seeing more favorable news coverage opposing the lavish government pension system than ever before.
In the last week alone, TUA has received very favorable news coverage by WBBM Newsradio, Sauk Valley News, Michigan Capitol Confidential, and even the Chicago Tribune. Every bit of news coverage for TUA and the government pensions means that exponentially more taxpayers are becoming informed of the perilous financial situation that their politicians have put them in.
The gold-plated government pensions are a hot issue in Illinois and across the country, especially as legislators scramble to temporarily plug budget holes before they adjourn to their communities. These are the same bureaucrats who promise tax relief to their constituents while continuing to perpetuate a broken government pension system by balancing the books on the backs of taxpayers. TUA is here to set the record straight.
And that is why TUA’s work is so vitally important to taxpayers. Over the last decade, TUA has forced the Illinois government pension fiasco into the spotlight and for good reason; the current government pension system is unsustainable. With our persistent activism and outreach, TUA’s website is flooded daily by waves of taxpayers looking to become members, joining TUA in the fight for fiscal sanity in Illinois and to reclaim our economic future. 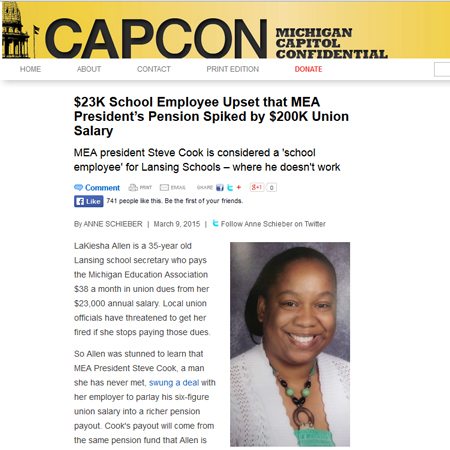